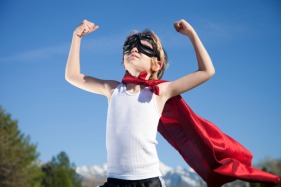 One of the most unfortunate byproducts of the debacle that is America’s 2016 is the hand-wringing epidemic that has swept through Christian circles. This condition seems to have several sources, but a particularly significant one is the political situation. Evangelicals are being asked to choose between a lying, manipulative, untrustworthy nominee on one side and a lying, manipulative, untrustworthy candidate on the other. Then there’s a significant splinter group lambasting those who choose one of these candidates and being lambasted for copping out (Full disclosure: I’m with them. #NeverTrump, #NeverHillary, and #GiantMeteor2016). This political angst fomenting in the Christian community combined with the continued spiritual and numerical decline of most churches, the corresponding rise of secularism, and the constantly looming specter of domestic terrorism is a recipe for despair.

If you forget to include the Sovereign Lord of the Universe that is.

As much as the current context would lead Christians to doom and gloom, that is the last place we actually should go. I recently explored the book of 1 John with the church that I pastor and in chapter five God gives us at least seven reminders of the basis for Christian confidence, confidence that is the antidote for the plague of despair over current events.

And he invites us into his victory! That’s what faith is: living in light of Jesus’ universe-altering triumph over Satan, sin, and death. When we wring our hands, tremble at the polls, or allow the nervous tension of uncertainty to rob us of joy, we are willfully ignoring the fact that Jesus is seated at the right hand of God, victory won.

This is a crucial point. How you feel will change, often, precipitously, and without warning. The emotive response to crisis is strong but, as Christians, we ought to remember that emotions are not reality: Jesus is. Jesus’ sojourn on earth, his birth, his baptism, his commendation by the Spirit of God, the real blood he shed, the real grave he was placed in, the fish he ate, and the real clouds he ascended into are all reminders that what matters is what is real, not what we feel. If we ground our response to negativity in the historical reality of Jesus’ life, teaching, death, and resurrection, we will find no cause for weeping, but for rejoicing!

But let’s not just wait for the great by-and-by. Christians ought to be supremely confident because God hears our prayers. How unfathomable is the privilege of barging into the throne room of the King of Kings who oversees all the intricate workings of a UNIVERSE to pray about the specific details of your life? To pray for lost car keys. For church decisions. For mere elections. And we’re not interrupting; we’re invited to come! That’s a confidence booster if ever there was one.

Another reason for confidence is that as much a wreck as the world may be, we are part of it. We’re all tangled up and we’re messes in the mess, but that’s not how we’re going to stay. The assurance that as Christians we can get untangled is a beautiful thing. And we are in it together. There is no lone ranger, pull yourself up by your own bootstraps vibe here. That doesn’t build confidence, that brings discouragement. Instead, we are assured that when we fall, brothers and sisters will be there to pick us up. Or if they fall, we’re there to pick them up.

The image that comes to mind here is of kids on a playground. The bully swaggers over to the nerd and threatens to take his lunch money. But just at that moment, the nerd’s 6’6″, 300, All-Pro lineman dad pulls up. When it comes to confidence, there’s not much in us to inspire us. But our Dad is awesome! We walk in this world as a bunch of puny shrimps, but we’re puny shrimps whose Dad can beat up their dad. Confidence!

Often what I’ve found is that when I fail to live confidently and give in to the worry that can consume me, it’s because instead of placing my confidence in God, I’ve mistakenly placed it in what I know, how I live, or in an idol. But I don’t have to stay there. I don’t have to constantly barge up against my ignorance, I don’t have to live in fear of death, and I don’t have to go to those things that I think will protect me but really will slowly kill me. I can, in faith, in confidence, look to Jesus, who is the only truth, the only victor over death, and the one who has overcome.

Christian, walk in confidence no matter what is going on in your life, what happens in the world, or who wins the 2016 election!