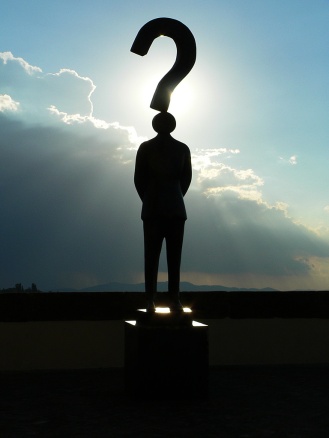 At some point, we need to have an honest conversation about the Gospel. Yes, the all-encompassing truth that the God of the Universe is actively working to redeem all of Creation and remaking it as the Kingdom of Heaven under his sovereign rule. The good news that he invites us to join him in that work, to be his ambassadors and his servants, actively bringing the Kingdom into reality through our thoughts, words, and deeds. And the best part is we are invited to tell others, many of whom have never heard or thought of any of this, of the truth that will set them free.

All of this sounds good, all of this stirs the blood, and it gets us excited. And if it doesn’t get us excited, it may be that we don’t understand it.

But we also need to understand that this excitement is not enough to sustain us. We can get all jacked up about God’s Word, the Kingdom of Heaven, Jesus’ authority, Jesus’ mission, and run with it. Some of us can run a marathon on excitement, some of us can only run a couple feet, but eventually, we fade. Faith is exciting, but all the excitement will eventually exhaust us. And when excitement fades, doubt creeps in.

And too often, the church has made this anathema. We’ve belittled those who doubt, we’ve acted incredulous that anyone would ever doubt, we’ve pretended that we don’t doubt. Nonsense. Doubt is a reality and it’s dangerous and downright harmful for us to pretend otherwise. If we are not honest about our doubts, we cannot trust the sincerity of our faith.

But, even as real and as inevitable as doubt is, it’s never where we ought to stay. There is a difference between honest doubt and self-serving doubt. Some people use “doubts” to serve their own agenda. Honest doubt is grounded in the hope that God can bring you through that doubt to a deeper, more genuine, stronger faith. Self-serving doubt is grounded in the hope that your doubt will free you from the obligations of a faith centered in a holy God.

But what is doubt, generally speaking? Doubt is the natural result of faith’s ideals running up against the world’s reality. In Matthew 11, we see the faith of John the Baptist run smack into a pretty brutal reality:

[1] When Jesus had finished instructing his twelve disciples, he went on from there to teach and preach in their cities. [2] Now when John heard in prison about the deeds of the Christ, he sent word by his disciples [3] and said to him, “Are you the one who is to come, or shall we look for another?”

John, who believed in Jesus, who pointed to Jesus and said, “Behold, the Lamb of God who takes away the sins of the world,” who was willing to decrease that Jesus might increase, sends his disciples with a question that reveals his doubt: “Are you the One or not?”

These 5 causes of doubt in John’s life find their correlation in almost every Christian’s life at some point.

Persecution: While most Christians in America have not experienced prison time for their faith, many around the world have. Others have been killed, had family members killed, or worse. Many have lost homes, jobs, security – everything they have. And in America, there are many who grow weary of constantly “contending for the faith” against those who seek to belittle and tear it down. Some have faced opposition in their place of employment, in their family, or in their education. It’s not the same as state-sponsored persecution in other countries, but it is challenging and can lead to doubt.

Isolation: Many Christians find themselves isolated in their faith at one point or another. Maybe it’s the demands of providing for oneself and one’s family that requires long or odd hours that prevent consistent Christian fellowship. Maybe it’s a new baby in the house who’s sleep schedule or health keeps one or both parents in a state of exhaustion and away from the church. Or maybe it’s poor decisions that have led to an unwillingness to engage with other believers. But whatever its source, isolation begins to sow an introspection that can quickly devolve into doubt.

Inaction: Isolation and inaction can go hand in hand, the result of circumstances out of our control. That job requiring so much time takes time away from gospel engagement. That new baby demands all we have to give with nothing left for service. Those decisions made make us feel inadequate to work. But inaction is not always a corollary to isolation. Sometimes, we are in the midst of the swirl of God’s work in our families, churches, and circumstances. But for one reason or another, we just sit it out. We feel like we already served our time, we feel like someone else should step up, or we’re just plain stubborn. But if our faith is not put into action, eventually we start to doubt its reality.

Jealousy: This seed can grow into a deadly fruit. When we look at what God is accomplishing in other lives and we start comparing it to what he is accomplishing in ours, our doubt can take on a hard edge. We get frustrated by other’s success in the Christian life. We start to question the motives and hearts of servants who are doing the will of their master. Jealousy rears its ugly head anytime we start to compare our life with that of others. And that comparison is simply watering the seeds of doubt we plant in our minds.

“God, why are you making me struggle financially every month when they’re not?” OR “God, why won’t you give me a spouse? Why won’t you give me children? I see all these perfect families on Facebook, but you haven’t provided them for me.” OR “God, my kids don’t listen to me. Why can’t you make them more like so-and-so’s kids?”

“God, are you the One who’ll provide for me or should I look for someone else?”

How Does Jesus Answer Doubt?

[4] And Jesus answered them, “Go and tell John what you hear and see: [5] the blind receive their sight and the lame walk, lepers are cleansed and the deaf hear, and the dead are raised up, and the poor have good news preached to them. [6] And blessed is the one who is not offended by me.”

Doubt in the Christian faith is assuaged not by self-deluding introspection but by remembering Jesus’ life and work. Focusing on our circumstances, our fears, our desires only reinforces our doubt. Focusing on Jesus, his life and his work, overcomes our doubt.

We have to do a better job in the church of making room in our faith for doubt. The gospel is no small truth claim! It has universal implications and anything that big will incur doubt along the way. Just as finite humans cannot comprehend the entirety of this enormous universe, we will not be able to comprehend at all times and in all ways the entirety of the gospel. There will be gaps in our knowledge, in our understanding, and in our experience. And doubt will fill those gaps from time to time. When it does, however, we need to make sure it is honest doubt not self-serving doubt. In the heart that desires Christ, doubt is a motivation to seek him. In the heart that desires self, doubt is an excuse to abandon him. Honest doubt will own the gaps and seek to fill them with faith through the provision of God’s sovereignty. Self-serving doubt will seek to widen the gaps in order to free us from the constraints of that same sovereignty. We have to recognize the difference between the two:

Honest doubt will be rewarded

Self-serving doubt will be destroyed.

Ultimately, let me encourage you: don’t feign faith for the sake of others but don’t flaunt doubt for your own sake either. Instead, be honest, be seeking, and look at Jesus! Doubt is a reality, but it doesn’t have to define yours indefinitely.